A century devoted to education

1868 – Arrival of the Religieuses Hospitalières de St-Joseph in Tracadie

Opening, on December 9, 1873, of the first free school in New Brunswick directed by a French female community.  Fifty students registered.  A storm door and an old borrowed table are the only furniture.   Closure in December 1885.

In 1889, the nuns started taking under their care a few orphans and they started teaching them.  They were lodged in rooms adjacent to the lazaret.  September 3, 1898 marked the opening of a stone building which would serve as a hospital and accommodate the orphans on the third floor.   In 1912, the orphans were transferred to the Académie Ste-Famille (Holy Family Academy).

The spring of 1910 saw the beginning of the construction of the future Académie Ste-Famille, a dream come true for Mgr Barry and the nuns who wanted a school for the orphans, the village children and surrounding areas.  The school opened on September 12, 1912 to 200 resident and day students. They were taught academic and commercial courses, home economics,singing, music and painting.  It operated as a private school until 1967, welcoming more than 5000 resident students, not counting numerous day 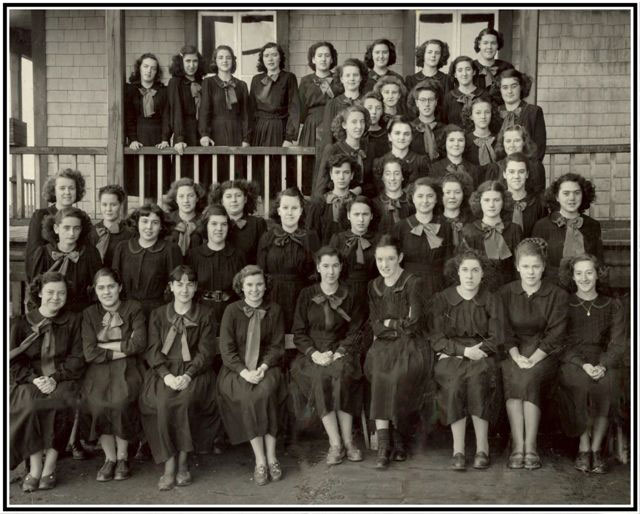 students. From 1967 to 1976, it became a public school of the Department of Education.